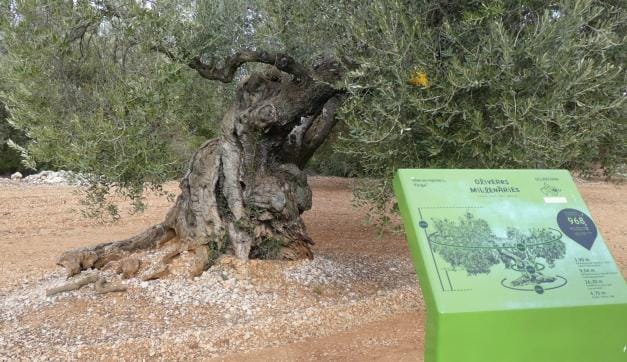 Ulldecona is in the south of Catalonia, in the Montsià region and next to the Sénia river. In its extensive municipal area (126.8 km²) there are 1,379 millenary olive trees, which makes it the largest number of thousand-year-old olive trees in the world. The vast majority are located on the slopes of the Montsià and Godall mountain ranges. In the Arion (Sierra de Godall), after an agreement between the owners and the town hall, the Arion Museum has been set up.