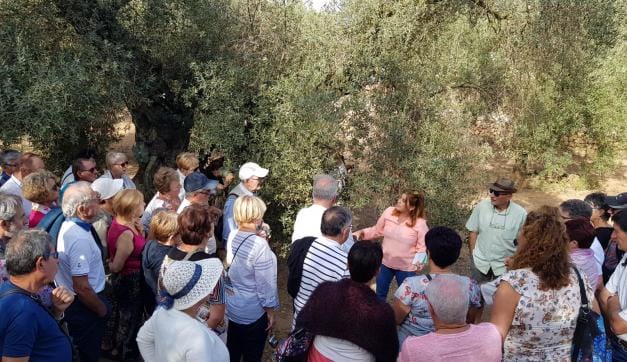 A guided tour through the history of millenary olive trees.

An in-depth look into the culture of millenary olive oil, which will start with a tour of the Via Augusta—a major Roman communication route—and continue with a visit to the millenary olive trees in Arión, where La Farga is located (the world’s oldest olive tree, planted by the Romans). This will be followed by an olive oil tasting and, to finish, a tasting menu in a Michelin-starred restaurant.

-An explanation of the manufacturing processes of a traditional oil mill at the tourist office in Ulldecona.
-A detailed tour of the Roman road Via Augusta.
-A complete tour through Arión: its majestic trees, dry stone walls and constructions. Special focus on La Farga, the oldest olive tree in the world.
-An olive oil tasting.
-Lunch tasting menu with olive oil in one of the two Michelin starred-restaurants in Ulldecona: Les Moles or Antic Molí.

-The activity starts at 11 a.m. at the Ulldecona Tourist Office or at 11.30 a.m. at Conficon, Plaza Paiolet (Tortosa).
-The activity is offered in Catalan, Spanish, English and French.
-Reservations must be made and confirmed in advance (minimum 4 people).

SEASON: All year round (on Sundays).